Tolkien: the philologist, the storyteller and… the gardener 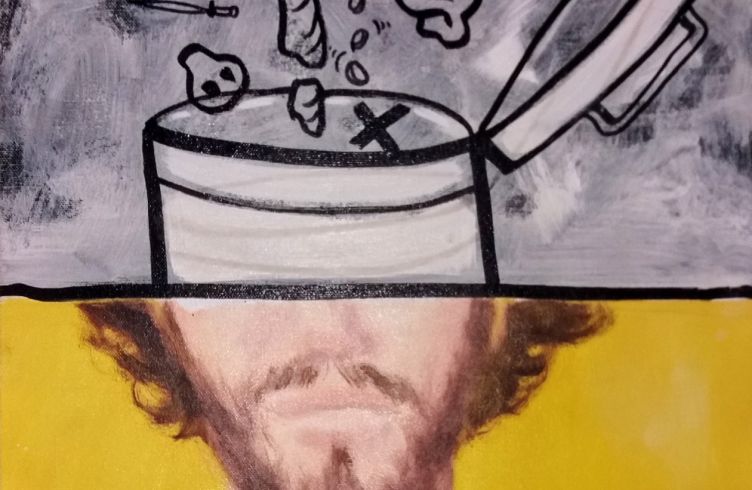 Tolkien: the philologist, the storyteller and… the gardener

No one can love and appreciate the marvelous work of Tolkien more than who’s spellbound by the sound of words. No matter what they mean (even if their meaning could lead the reader to something undoubtedly useful), but how they sound and how the letters work together in order to create a kind of music.

When he was only a child, Tolkien was attracted by the welsh words written on coal trucks; they were musical, as well ancient Greek, Finnish and Icelandic and, first of all, old English, the language used by the Anglo-Saxons before the hated Norman conquest of the XI century. Old English was a moving language, that bound him to his mother’s land, the West Midlands and Worcestershire. It was a language he felt familiar, with which he managed to amaze his students, reading excerpts from Beowulf. He used to stop in the classroom, to look at the audience and yell: Hwæt!, who meant “Listen!”, the very beginning of the poem. This ancient word was so crucial! It was the word of the bards who declaimed Beowulf’s verses and Tolkien wanted to act as one of those bards in front of his pupils.

For a renowned talent as W.H. Auden, who stood out in the literary (and also poetical) Anglo-American world as a poet, Tolkien’s lecture at Oxford in 1926 was a revelation; “His voice was Gandalf’s voice!”

Tolkien loved the sound of words, but also loved to explain why an author chose that precise term instead of another one. Whenever he spotted a linguistic issue, he rejoiced, more than a hobbit rejoicing at a satisfying dinner. At the very end he managed to create a balance between the two sides his soul was made of: the linguistic and the narrative one. Tolkien spent most of his daytime teaching Anglo-Saxon at Oxford, living at least thirty-sic lectures per year and working on Old or Middle English poems as Sir Gawain and the Green Knight or Pearl. He also focused his attention on Beowulf, drawing inspiration by its alliterative verse. But Beowulf included also powerful, fantastic creatures as dragons or monsters and, as all ancient poems, didn’t separate fiction from real historic events. All Tolkien’s close friends, but first of all C.S. Lewis, noticed that when he declaimed Beowulf he was descending in the dragon’s lair; in other words he was naturally shifting from the philologist to the storyteller.

Tolkien’s journey, from word stories is the voyage of a true, christian pilgrim. The study of ancient languages has been the key to enter the mighty world of fairy stories (or Feeria, as he calls it). In his opinion, this entrance relates to human purification from the original sin. In the late 30’s, as he was writing The Hobbit, he was also wondering about the reason of storytelling. Why men create stories? What’s the reason of myths? But here Man himself come into play. He is born in the world (he has been thrown in it, as Heidegger says) and he first can only look around and wonder what it is and who made it. Then the power of Creation surrounds him through natural phenomena, a sun-rise, a thunder and he begins to ask himself questions and questions; so he creates myths to give himself answers. Then he transfers these narrations in real, historical settings, thus giving birth to epos and heroic sagas. As a final step, these legends come to be popular and turn into fairy stories, relying on the great natural gift of fantasy and imagination. Man creates stories because he has been created: in doing so, he imitates his Creator, giving birth not only to his sons and daughters, but also to fictitious, “secondary” worlds.

As a true christian author, Tolkien strongly believed that the world in which we live contains countless shards of the truth; these shards are hidden through the Creation and even the most sensible man can only catch a glimpse of the Truth, because mankind has fallen. The act of storytelling, the creation of myths is the only chance for Man to return to the Truth. Even pagan myths, with their “mistakes”, were regarded by Tolkien as admirable efforts to achieve final redemption.

It was a dark and windy night on Saturday 19th 1931 and two great professors and friends had just finished their dinner at Magdalen College in Oxford. Their next walk, (along the Addison’s walk), was to have enormous influence on their lives. C.S. Lewis, better known as the Chronicles of Narinia’s author, thought that myths were lies, even if “whispered through silver”. But his interlocutor was not of the same opinion. He pointed at the trees of Magdalen Grove, shaken by the chilly wind:

Tolkien was aware that there is no perfect myth, but every myth reflects even a small spark of the real light of Truth. A myth, a fairy story, even a single chapter of a book is pure sub-creation and it is a natural, human attitude. Tolkien’s love for words and languages led to storytelling, but also to a touching defense of the role of fantasy and imagination, in a century dominated by evil and totalitarisms. Industrial progress (so closely linked to war industry), alongside the world wars, cast the net over the Creation; rather a huge iron prison in which Man is condemned to live with few chance to evade and search for the light. But here storytelling comes into play. A narrative sub-creation can offer what Tolkien describes as the triple gift of Recovery, Evasion and Consolation. On Evasion he wrote:

“Why should a man be blamed for his efforts to escape from the prison and go back home) Or, if he can’t do it, for his thinking and talking about something different from cells and guardians?”[2]

The act of storytelling is a lifelong preparation to the last, huge Evasion from our Primary World, just like what happened to the painter Niggle, the main character of a short story written by Tolkien right before the outbreak of the second world war: “Leaf by Niggle” (1939). This painter, living in a society that doesn’t much value art, keeps on spending his time working on a big canvas depicting a huge tree, with countless leaves. Although he creates almost perfect and unique leaves, he can’t complete the whole work, due to a forthcoming ‘trip’ he cannot postpone. The day of the final ‘trip’ comes and Niggles is taken to a sort of hospital, where he learns how to manage his time in order to complete daily menial labours. Eventually, he is paroled from the hospital and taken to a marvelous country, that’s in fact the country depicted in his canvas, now perfectly complete.

In Tolkien the philologist, the storyteller and the gardener harmoniously matched together. To create stories means to plant seeds in the fertile soil of imagination and to grow a tree; when stories develop, enriched with further details, the tree grows even more, producing new branches and new leaves and the gardener’s job becomes even harder, but also more satisfying.