Filled Under: CLASSICAL MUSIC AND OPERA, BOOKS IN FREEDOM, 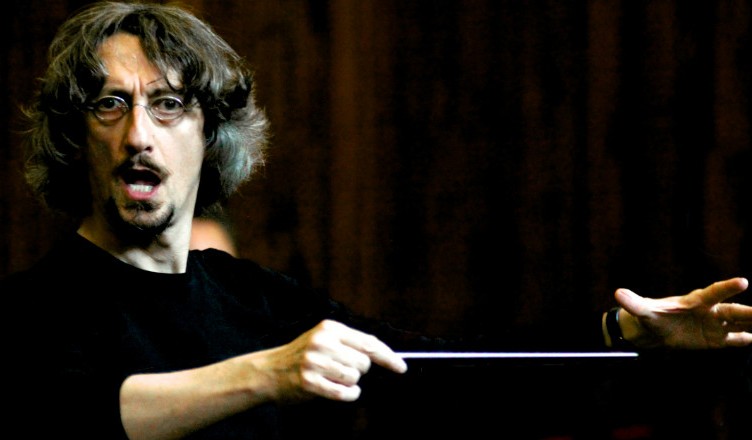 Winner of PREMIO COMISSO 2015. Two monument men searching for Red Priest’s treasure. The History looms over. Intrigues of provinces and Hapsburg courts.  And a lot of irony. Federico Maria Sardelli proved to be a refined writer and launched a new genre: the musical thriller.

It was just about time that Federico Maria Sardelli, flautist, director, musicologist, but also painter, comics artist and satirist, wrote a novel, enjoyable for all ages, about the story of the Fondo Foà-Giordano , in Biblioteca Nazionale di Torino, already investigated and recreated by several musicologists through their musical instruments. It’s the enthralling, novelistic, and crucial event, at the base of the twentieth-century rediscovery of his beloved Antonio Vivaldi. The heroes of this story are Alberto Gentili (1873-1954), musicologist, composer and orchestra conductor, and Luigi Torri (1863-1932), director of Biblioteca Nazionale di Torino; they carried out this operation using their brilliant intuition, strong competencies and obstinate determination. 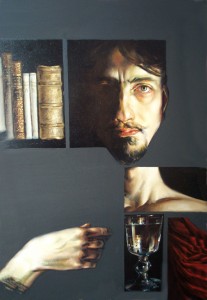 Sardelli was the only one who could narrate this story, thanks to his double abilities of Vivaldi researcher and performer, one of the most renowned in the world, and of original author of comic strip on “Vernacoliere”, with legendary characters as il Bibliotecario, and of comic texts, a mix of absurd and erudite, as his “Saggi di metafisica neorazionalista con un metodo sicuro per indovinare i gratta e vinci” (TN: Essays on neorealist metaphysics with a reliable method to choose scratch-offs).

And here is the novel, L’affare Vivaldi (Sellerio, 294 pp, 14 €). And it is amusing, but the amusement is gradually replaced by indignation, we will see why. Vivaldi does not appear in the book, not once, but he is constantly interrelated with the events of the book. He disappeared to evade his creditors after the failure of his last play in Venice; he died in Wien poor, waiting in vain for a commission form the Emperor who used to protect him. Time goes by and everybody forgot about him and his music; his archive, his manuscript music, written by himself or some trusted copyists, are swapped from an owner to another, and then they rest for more than a century in an aristocratic library, owned by the Durazzo family. 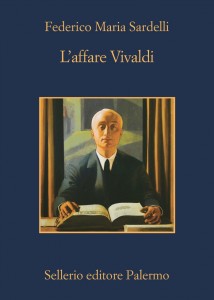 Lastly, in the 20s, the rediscovery and the acquisition, almost miraculous, thanks to Torri and Gentili, of several concertos, sonatas, psalms, motets, cantatas and many other works, which had ended up in a castle in Montferrat area and in an aristocratic Genoese palace. Sardelli narrates this story fictionalizing it with perfect plausibility, on the basis of an enjoyable display of authentic documents, with a perfect combination of fiction and reality. He does it in a non-linear way, through a series of key episodes, travelling through time, from 1740 to 1938. This way all the names mentioned in the documents became caricatures or well developed characters put in a non-clearly defined historical setting.  For example the youngest brother of the Red Priest, Francesco, a sharp and irreverent Venetian, well-defined character; or Giacomo Durazzo, Gluck‘s sponsor in Wien and Habsburgs’ ambassador to La Serenissima, almost in decline, depicted in comic and gloomy tones, amongst Goldoni and Casanova, and little shops cheerful chatters and along the canals and the reality of a controlling and oppressive regime. In the chapters about the 20s, we find the merciless description of an underdeveloped and smallminded Italian province, with its prelates and noblewomen already supporting fascism.
And then, in 1938, the bitter epilogue: Alberto Gentili, Hebrew, excluded from the curatorship of the collection and expelled from the University of Turin as a result of the racial laws. He would leave Italy, as did Roberto Foà and Filippo Giordano, the two wealthy Hebrews from Turin that had financed, with plenty of money, the purchase of the collection, on the sole condition that it would be dedicated to their dead little sons, Mauro Foà and Renzo Giordano. Meanwhile, the limelight was back on the Red Priest, but Italy was by then a nation devoted to the exaltation of the pure Italian genius and other people took the merit of the rediscovery, using it to reinforce their own political and cultural prestige: Count Chigi and his Accademia Chigiana, Alfredo Casella, Ezra Pound, all present in the book.

And Benito Mussolini is there, too. And in many cases the seemingly fictional episodes correspond to the truth, as Sardelli explains in his meticulous examination of his sources that we find in the postface.  The recurring quotation about the great sacred music by Vivaldi, an episode of psalm Beatus Vir RV 597, the touching terzetto In memoria aeterna erit justus, should be without any doubt attributed to the memory of the honest persons victims of a terrible injustice, above all Gentili; moreover Sardelli evens the score with the authors or the instruments of these injustices.
The book ends with 1938 events, but the story about the rediscovery of Vivaldi has not yet seen its last chapter. As the classical bronzes emerging from the sea, Red Priest’s works continue reemerging (in the last years more surprises have come from Central Europe and Iron Curtain archives and libraries), and Vivaldian catalogue – whose current responsible is Sardelli, who is taking up Peter Ryom’s legacy – continues being a work in progress half a century later from the central episode of the book. Sardelli himself, almost a decade ago, had to appear before the courts (which later sentenced he was right) for having “dared” to perform the world premiere of the rediscovered Montezuma, on which an antique and blazoned Berlin Academy claimed rights after receiving back the stolen material, from the Red Army in 1945… don’t you think it could be great material for a new novel?

Previous post:
United Kingdom. God Save the Punk Next Post:
From Britten to Blow Up and even more: about David Hemmings