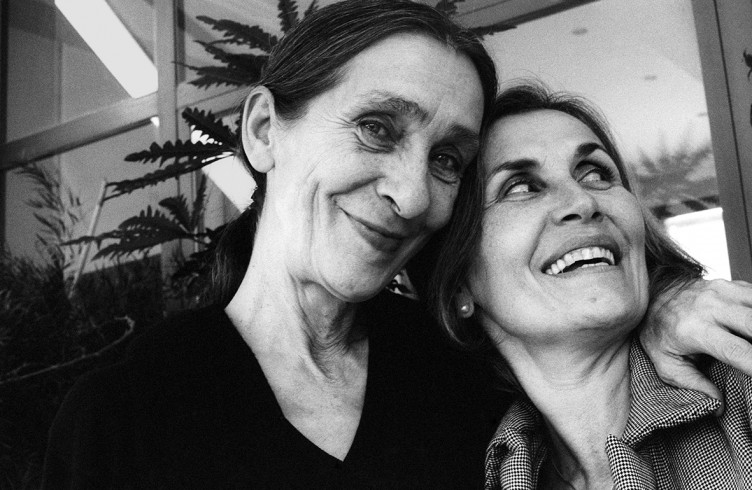 Our interview starts here. It is a real gift to have the chance to run into an artist who can inspire you, with whom you can talk about yourself, who can make sense of what you do and push you to pursue your passion.

It does happen, sometimes. And if, during your life, you happen to be “accompanied” by this artist, standing next to the person not only the creator, that is a real blessing.

That is what happened to Leonetta Bentivoglio, journalist at La Repubblica, one of the most renewed cultural journalists in Italy, with Pina Bausch. A privileged relationship, born almost by chance in the early 80s, when Leonetta was starting her journalism career; she found herself immediately cast in the role of “dance critic” also by virtue of her important book, published by Longanesi: La danza contemporanea. Then, the assignment to write a reportage about German contemporary dance, in the early 80s, brought her in Wuppertal. And from there everything starts. She tells this story in a tiny but precious book, Pina Bausch. Una santa sui pattini a rotelle (TN: A saint on roller skates), published by Edizioni Clichy. In this book what strikes the most is the way the journalist talks about the great choreographer’s world and at the same time about the artistic discovery and her personal knowledge. 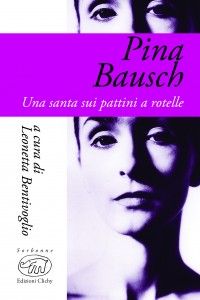 “I have thought a lot about exposing myself,” Bentivoglio told us “and when Clichy publisher asked me to write a book about Pina for the series dedicated to the greatest artists of the 20th century, I realized that each text had a personal slant, so I decided to write this book from a double perspective, objective and subjective. Personally, I do not like the label “critic”, I respect so much the work of an artist that any judgement seems to me partial and uncounted for; in fact I was very happy when I became a cultural journalist. With Pina it was artistic love at first sight, almost an identification that never made me feel a “critic”, so much that between us there was a very close relationship, also from a human point of view. And writing this book I realized even more that she was the one who made sense not only of my dance path. In those years, when formalist research seemed to have come to a complete standstill, she did restore the idea of the “talking body” and opened a new path. For anyone who deals with art, it’s of prime importance the encounter with an artistic mentor, who has to enlighten you in order to find a passion, a captivating interest.

Watching Pina Bausch’s juvenile photos, when she studied in New York and during the first seasons of Wuppertal, it’s clear she underwent a physical transformation, sign of a radical inner change. From beautiful and sophisticated girl to a stark character, almost reduced to her bare bones. What do you think could have caused this transformation? 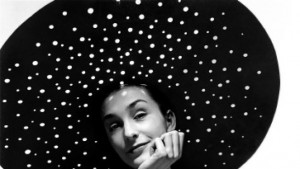 That’s true. Before Wuppertal, Pina looked like a Vogue model, almost a bright Audrey Hepburn with happy eyes. Later, her physicality became much more tormented. Actually, Pina was a very powerful creature, an absolute leader, but she was also very sensitive and with a strong sense of life. She talked very little but had an eloquent look, a strong way of communicating nonverbally. She was not an intellectual: interviewing her required a great effort. Sha was all emotions. She did have a complicated life, she suddenly lost the love of her life, but I think that her change was driven by her will of devoting herself to creation with a strong determination, almost on the edge of self-destruction. She staged extremely complex performances, letting the constant experimentation devour her. She was reduced to her bare bones. When she started her poetic research, she began working late until four in the morning, smoking six packs of cigarettes a day, and she did not eat. She was a sort of weird devotee of creation.

But you wrote also about night forays into the city, or until late at night at the restaurant…

She had her own sensuality, she liked eating, drinking; she had a child, she had some lovers, too. When she was in Palermo for the creation, we spent sleepless nights around the city and the following morning she was fresh as a daisy on stage. She liked the night, staying up late to chat. She liked creating some humanity. She did not care about her own well-being. She did not have any vanity. Her true priority was this mystique of work. A spasmodic investigation. I think she was the only choreographer who attended all her shows. She never missed a show, she watched carefully and the following day she would make corrections. She was constantly looking for perfection. She did all this personally and I reckon everyone can feel it. Her tension to perfection has always been felt.

What kind of mother was she?

She had her son Salomon late in her life, unexpectedly. Pina was sure she could not have children and she did not even think about it. Then at a certain point, she found herself a mother at 43. She was a very affectionate mother. She took him along everywhere; she breastfed him for a long time. She established a direct, very physical relationship with him, almost instinctual. She created a strong bond with him in his first childhood, and this left a deep mark on him. 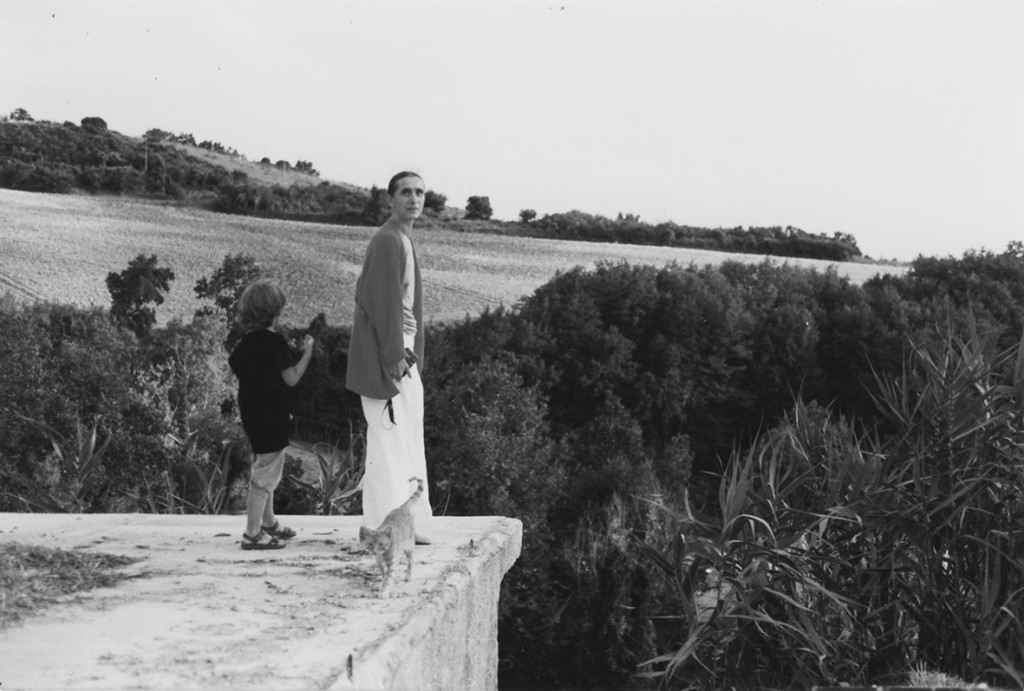 Once she told she had begun creating because she felt inadequate dancing for other people.

She was an extraordinary dancer, loved byKurt Jooss and Antony Tudor, whom she admired a lot, almost more than Jooss. Actually she was a unique dancer, with enormous feet and very long arms and hands. But all her dancers say that she was astonishing, with an amazing naturalness of movement. I do not know if she, deep inside, did not like herself; she told me that when she dedicated herself to creation she could no longer be on stage. Nevertheless, she loved staging Café Muller very much, but that was a particular role for her and she wanted to keep it for herself. 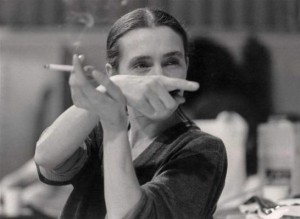 The very first things she created were for herself. Then, little by little she realized that she had to be on the other side. She missed dance very much, she kept saying it. When she was in Rome, she went in some dance halls and danced with everybody. But it’s like she gave herself that role. Her method of composing included some enormous installations and was based on a complex selection of the materials; she made some rehearsals and then spent all night selecting the material. She took notes about everything; she had huge notebooks: she wrote, wrote and kept writing. All by herself.

Has she ever talked about the “other” dance?

She loved ballet, especially when well performed. Her relationship with the Accademia Nazionale di Danza (National Academy of Dance) began because she wanted to attend some good classical ballet lessons, to do some barre exercises. She felt nostalgic about that world. In that period, in the 80s, maestro Zarko Prebil gave very good classes. And Pina loved classical ballet. She loved the images of the greatest ballet-dancers. The most beautiful gifts I could give her were the photographic books dedicated to the most eminent characters: from Pavlova to Nureyev. She loved looking at them and said that she “loved well-structured things”. After all, once we watched together a Totò movie and she was enchanted by its movement structure, she found it brilliant because every gesture was planned and logical. She loved authenticity and wanted to feel the technique, the structure of a form. That’s why she invited to her festivals Sylvie Guillem or William Forsythe. I’ll tell you an anecdote. In New York she met Carla Fracci, who was dancing at ABT, and Pina liked her very much. Later, at my suggestion, there was the possibility to let Fracci dance in Pina’s role in Café Muller. But eventually, this never happened. 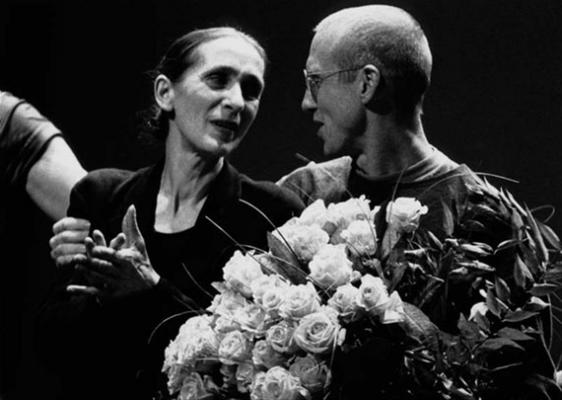 Did you know she was dying?

I knew she had some health issues, and after all, I knew she disliked the idea of doctors and hospitals. I think eventually she was happy about how it went. The idea of treatments and similar things would not suit her. She did not want to treat herself, to go through that suffering. She was not well for some years, but she had no desire of having check-ups. For her, work was everything. During the general rehearsal of her last show, Como un mosquito, premiered fifteen days before her death, Pina had to be supported since she was very thin and emaciated. I think she knew she was close to the end. She had the good fortune of not experiencing intense physical pains, which gave her the strength to keep on until the end.

Nowadays, what do you remember of her friendship?

Ours was a very unusual relationship. I’ve always had a certain deference: She was still Pina Bausch! However, with her you could talk about everything; other artists are so self-centered that, deep inside, you do not feel authorized to talk about yourself. Instead, you could tell Pina about your problems: it happened to me a lot, especially when we were together. She loved listening to love stories.

She loved going out to dinner and later she would be so relaxed you could talk with her about everything. She was very interested in other people. I remember that when in the company there were some personal problems, she was helpful with everybody, almost maternal. A great mother. She did not talk much, but she did say those three things that gave you the “answer”. She was on the same level as anyone in her company and was never pedantic. She could feel at ease among anyone. 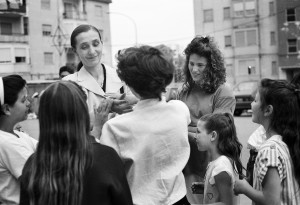 She had a sort of almost sacred humility. A genuine curiosity for the human. An outstanding woman. On a personal level I miss her very much; it’s really tough getting used to the idea that she’s gone. I miss her look. She had a unique look and staring back at her represented a challenge, also to yourself. It’s the look of the creatures that seemed initiated, the ones who know the secrets of life. Fellini was right when he defined her “a nun on roller skates, a face of an exiled queen… as a judge of a metaphysical court who suddenly winks at you.”

About the Author: Silvia Poletti

A graduate in Arts at Florence University with a dissertation in Latin Literature, has been writing dance reviews and essays of dance history for 30 years. Currently she is dance critic and journalist for Corriere della Sera/ Corriere Fiorentino, and for Danza & Danza magazine and web magazine www.delteatro.it. She collaborates too to cultural magazine www.wordsinfreedom.com. She regularly reports for Dance International Magazine ( Canada), Tanz ( Germany ) and Dance Magazine ( USA). Lecturer of Dance Studies at Venice Ca' Foscari University and at Urbino Carlo Bo University, Visiting Lecturer in Dance Studies at Florence University Arts Faculty and Urbino Carlo Bo University Foreign Languages Faculty. She is the author of John Neumeier ( l'Epos, Palermo 2004) and Kylian/ Ek/Neumeier ( I Teatri, Reggio Emilia 2006) and of the Chapter on Twenty Century in Storia della Danza Italiana ( EDT, Torino 2011)