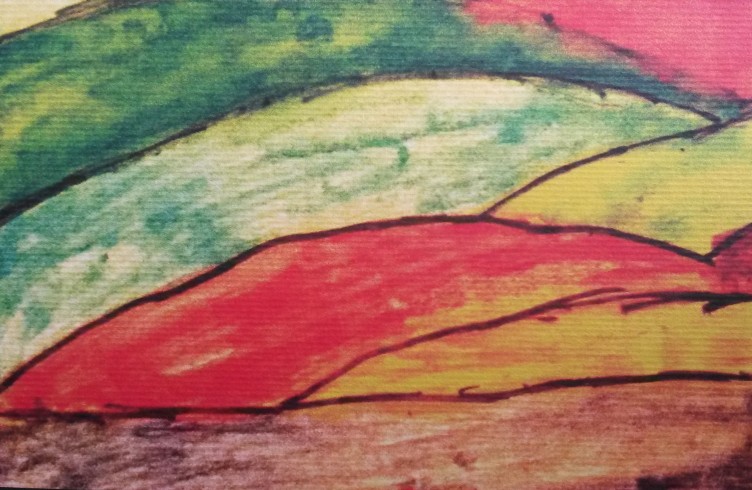 “Narrare terre di mezzo“Narrating the Midlands is a journey, beginning within a business and ending with art, because art is itself a business.” This is how Monica Calcagno describes it: “The Midlands are hybrid, constantly changing territories, arising from the meeting points of different themes and different fields, provoking a more and more alive interest in people researching about management.” (p. 17) [1].

The world of art is not a “different” sector any longer, to which you can apply management techniques. It is a means to bring themes of management into furtherquestioning, that is, creativity and enterprising.

“The foundation of the Midlands is design, creativity, art.” A complex analysis field was set up about these concepts, for both empiric observation and theoretic reflection.

The author, with her original work, captures the reader’s attention and reveals his world; in doing this she appeals to readers that are not familiar with the themes. 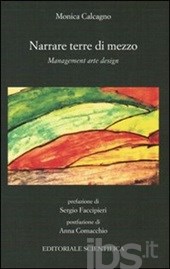 The essay was published in the research journal punto org, which is directed by Luigi Maria Sicca, a man who gathers researches intra- and inter- disciplinary researches, as useful tools of work, research and training.

The new EU Strategy for Youth recognised creativity and culture as a key-sector for wellness of young people.

In this context, EU members and the EU Commission are cooperating in order to increase opportunities for young people to make experiences related with culture and to develop their talent and creative competences.

This involves making new technologies available as soon as possible, in order to increase creativity in young people, to support a new specific training in the cultural field, competences about the new media and interculturalism of entertainment organisers for young people, or, further, to encourage partnerships between cultural or creative fields and youth organisations or young operators.

The artistic creation becomes the favoured observatory to analyse the ways through which innovation takes form: this causes the entrance in the world of arts, a field which is no longer considered as a “different” sector to which you can apply management techniques, but as a reference to put in question management’s crucial themes. And, by saying that, you mean running creativity and enterprise.

As Schumpeter used to emphasise, innovations in the economic system succeed regularly, so that, at first, they spontaneously emerge in buyers and then, under their pressure, the machinery of production gets a new orientation. Certainly, it’s the producer that normally lets the economic change start and that, if necessary, educates the buyers. They are and were considered as people who want new products, or products that in a certain way differ from the ones they’re used to.

As a consequence, it’s admissible and even necessary to consider the needs of consumers as an independent force, even fundamental in the circular flow’s theory. One should, on the contrary, assume a different attitude as soon as he analyses the “change”.

Innovation repeats and spreads and, in this way, experiences of other entrepreneurs can improve it. And in line with this ideas is settled the theoretic project of Monica Calcagno.

The “journey” in the Midlands sees art, as research, profession andmilitancy. So, art not only and merely is a form of entertainment but means of re-thinking development and new forms of its application through innovation.

In this, art is sustained by creativity, which has become an important political stimulus, on every level, beginning with the local one to the transnational one. Institutions and governments invest on creativity, they give the power to escape the crisis of today’s economic systems. People can help creating organisations acting and giving value to this alliance. Culture and creativity can be a useful tool in running the human resources; they can represent a powerful tool for attraction.

Culture starts having a growing role within the projects and the production phases of both objects and messages that are intended to feed knowledge. It also can cooperate on the sustain of national GNP.

Culture becomes an innovation source, assuming the function of a creative input. If creative people build a wide professional class, it is then difficult to identify as a class. In the same way, the theme of the process through which creativity takes form and feeds the development of enterprises and territory is difficult.

The de-contextualization is a consequence of the economic system’s globalization, it’s the product of planning’s and production’s knowledge growing codification. Nowadays, territories have the duty to re-define themselves, in relation with the context and the global markets. In this frame, institutions (in this case enterprises) are strategic tools to define the new rules of the game.

Previous post:
Michael the chameleon: from Macbeth to Steve Jobs Next Post:
FUS once again. Who is happy and who is unhappy with the Franceschini Decree

About the Author: Donatella Strangio