Ken Loach and the ruthless England of the new poverty 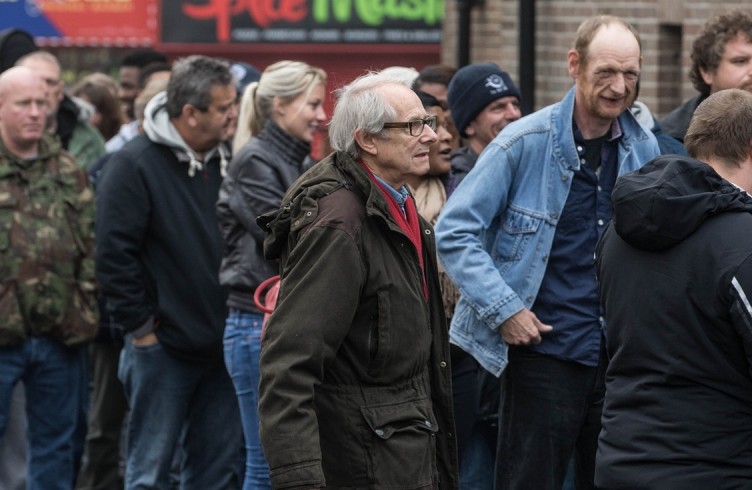 More combative than ever, Ken Loach is back on camera. His next film, I, Daniel Blake, is a raw portrait of England’s food banks, of the ranks of the unemployed to the job centers, looking for jobs that do not exist. Of the single mothers, punished by cuts in benefits, wandering from one hostel to another . The film, due out in spring in the UK, will be presented at the upcoming Cannes Film Festival.

The reality of a system showing its most dreadful face, permeates the film that takes place in the North of England. It’is the reality of the people, close in the grip of the cuts to the welfare state.  A former working class with a future more bleak than ever.“Hunger, today, in the Uk is cruelly used as a weapon by a bureaucratic system of punishment”  said Ken Loach interviewed by the Guardian, directly from the set.

Danniel and Kate ( a scene from the film) – The Guardian

Indeed, it is the hunger that hovers like a ghost on the story of Daniel (Dave Johns) star in the film, a fifty year old carpenter who has worked all his life,  and as a consequence of an illness, is forced to ask for unemployment benefits. His story is intertwined with the story of Kate (Hayley Squires), a single mother, evicted from her home with two children. Their odyssey takes place in a nightmare scenario that sees them being victims of a bureaucracy which uses any means to deprive them of their rights. Using dickensian atmospheres, Ken Loach recounts the streets of the classic neo-realism, filming in live in front of a “real” Job Center, after recruiting extras and actors even amongst unemployed and former employees of the center itself. The subject of the film is by Paul Laverty, the same author of  Jimmy’s Hall, last Ken Loach film, presented last year at Cannes, but it is light years away from its vibrant poetry telling of a dancing master in the revolutionary Ireland of 30s.

Nothing but the truth in this production which is following stylistic elements already used by Ken Loach in the past. It sounds like the last act of impeachment against the Cameron government.  I, Daniel Blake, should mark the withdrawal of the almost octogenarian director from the scene. But it also sounds like an invitation to the Labour Party, to do more against what he calls “a real open wound in the body of society”

“Come on Jeremy,  what ‘is the aim of the labor movement if not giving a voice to people who live in these conditions?” It’is the director’s calling to the Labour Party leader, Jeremy Corbyn .

Meanwhile, according to the Trussell Trust – the organization that manages the largest chain of  food banks in the UK, more than one million people in the last year, have resorted to food banks. These figures are likely to increase, although the government continues to announce the end of the recession.The causes? Payment delays, sanctions against “lazy and malingerers”, used mercilessly by the Job Centers bureaucracy. A hellish match that spares the use of disciplinary measures even against the employees who have not been diligent enough in reporting the laggards, the scroungers, the freeloaders of benefits. Sparking wars amongst the poor, in a gigantic, grueling game.

A food Bank in Hull- (England) -The Guardian

Above : Ken Loach on the set ( The Guardian)