Belfast: My story as a former “IRA” 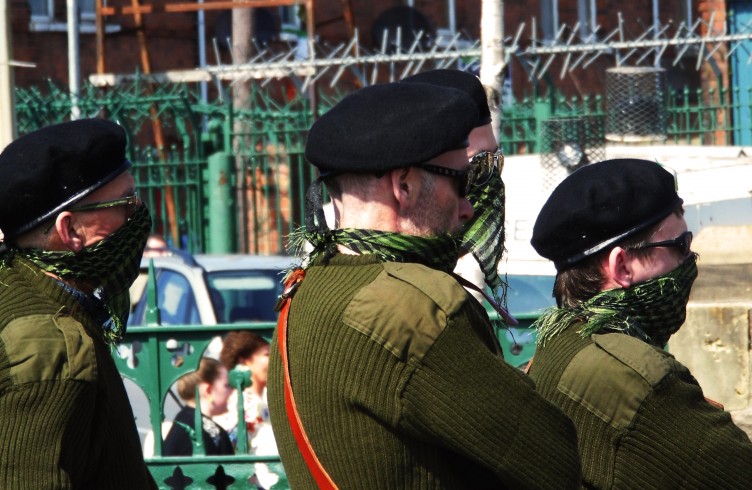 For the first time, Frank Gill agrees to tell his story. Out in the open, without hiding his identity, he tells us about his past as a member of the IRA. In Belfast, a joyful and thriving city where, however, sparks of rebellion still burn. Like the clashes on the Orange side the past 13th July.

Belfast is an extraordinary city where the ghost of a flaming past still struggles with the present desire to forget the terrible years of the English occupation.

A past now seemingly light years away, with the tourists  stopping on the Falls Road to take pictures of the murales  that tell the saga of the IRA and the story of  Bobby Sands . The same tourists that crowd theTitanic Quarter to see v to see the birthplace of the most famous shipwreck of the XX century 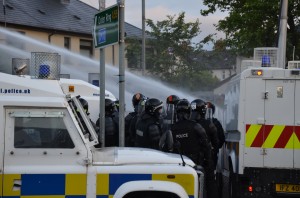 However, somewhere, a spark of the damned war is still burning quietly under the ashes. Even after the Good Friday Agreement in 1998 and the decommission in 2005, there are still dormant action units.

A clear example is Oghlaigh na Eireann, (Volunteers of Ireland or Irish Volunteers), a “new” IRA born in 2012 from the blending of various paramilitary groups already on the ground. Even though they seldom act because of the strict surveillance by the British secret services, they nonetheless have the organizational skills to be active  at any moment.On the opposite side, another spark lights up the bonfires  every 12th July, the fires of the loyalist communitythat celebrates with generous drinking and often violent clashes the almost 4-century-old victory of the Protestant William of Orange over the Catholic James II Stuart (1690). A spark that lit the last battle, next to the Orange Order parade on 13th July 2015, ended with a girl and around thirty policemen injured and a dozen people arrested. 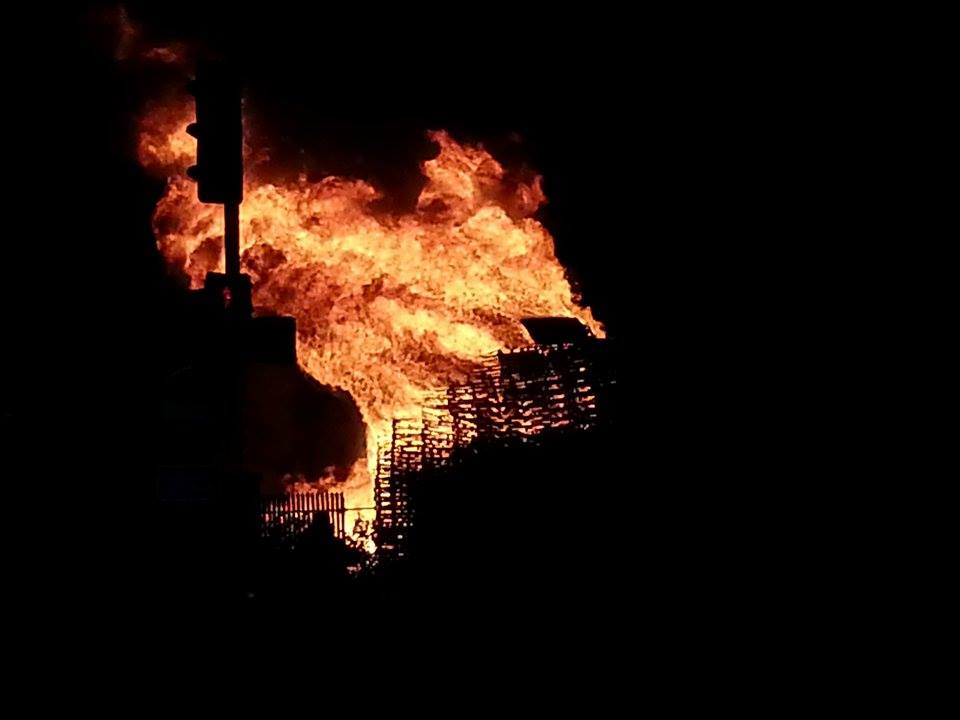 But in Belfast there are also those who are long done with the war against the English. For example, Frank Gill, an IRA volunteer in the 70s.

We met him at his home close to Falls Road, in the heart of the nationalist  area in West Belfast

Frank 57 years old, thin, almost skin and bones,  has the looks of a true survivor. He proudly speaks of his guerilla past but also makes it clear that, nowadays, peace comes first in his personal scale of values.

Frank, how did it begin?

I joined the IRA in 1976, when I was 19. Until that moment I was part of the Fianna, the youth organization of the Sinn Fein. When I was 13 I was fighting on the streets, throwing rocks at the English tanks with my friends. Then, something happened. Something that convinced me to take up  arms once and for all.

One night, they arrested my father and dragged him away without a reason while we watched. It was common in those years, since the English established the internment policy. Basically, any Irish republicans could be arrested on any moment and imprisoned for years without a trial. The police forces would organize door-to-door searches in the middle of the night. Those arrested were brought to Castlereagh, where they went through brutal questioning and often torture.

Were you aware of the consequences of your decision?

When I joined the IRA I was told clearly that I was running the risk of being arrested, tortured, and killed at any moment. Yes, I was well aware of everything; however, I knew I had no other choice but rebelling.

Which role did you have in the IRA?

I was a simple volunteer in the 3rd Battalion of the Belfast Brigade. In the beginning, the unit I was part of consisted of just 5 people; we were tasked with reconnoitring for targets to strike. During that period the offensive didn’t target the military, but rather focused on English economic targets like hotels, banks, and industries. The slogan was to “make Northern Ireland ungovernable”.

When were you arrested and why?

I was arrested in 1978 during the most difficult and risky operation I had taken part to. Our commando was tasked with blowing up an English patrol. We had put the bomb at the crossroad where we knew the patrol would transit, like any other evening.

Everything had been precisely planned out but I still had a feeling something would go wrong. I heard a chopper getting nearer and nearer; at that moment I realized that it was better to flee. We immediately got back in the car but after a little while an English patrol stopped us and took us to Castlereagh. After two days of terrible questionings, we were transferred to Long Kesh, a maximum security prison – a real concentration camp for political prisoners – in which I spent eight years.

You were in prison during the Hunger Strike of ’81 that ended with the death of Bobb Sands and other nine political prisoners.

I knew Bobby Sands well, he was detained in another wing. Sure, we joined the hunger strike, even though just symbolically. I fasted three days for solidarity. The government led by Mrs. Thatcher denied the demands of the prisoners. Bobby died after 66 days of hunger strike and the others followed him in the following moths. We were all profoundly distressed but, strangely, we also felt even stronger: we were sure we would eventually win.

When did you get out?

When I was released in 1986 the English tanks were still patrolling the streets in West Belfast. I wanted to resume the struggle but it proved impossible due to the day and night surveillance by the police. So I decided to leave, first for London and later to America. When I got back to Belfast in 1995 a lot was changed. The peace process had just begun and I and many other former IRA members joined the Sinn Fein, the party that fights peacefully for the independence of Northern Ireland since many years.

How did your life change since then?

I still dream of seeing my Ireland united and independent but I’m deeply convinced that peace is the most important thing. Thirty years of war and hatred are enough. We are still paying the consequences. I’m proud of my story and I will continue telling it: nobody should forget what we went through and suffered for a better future. 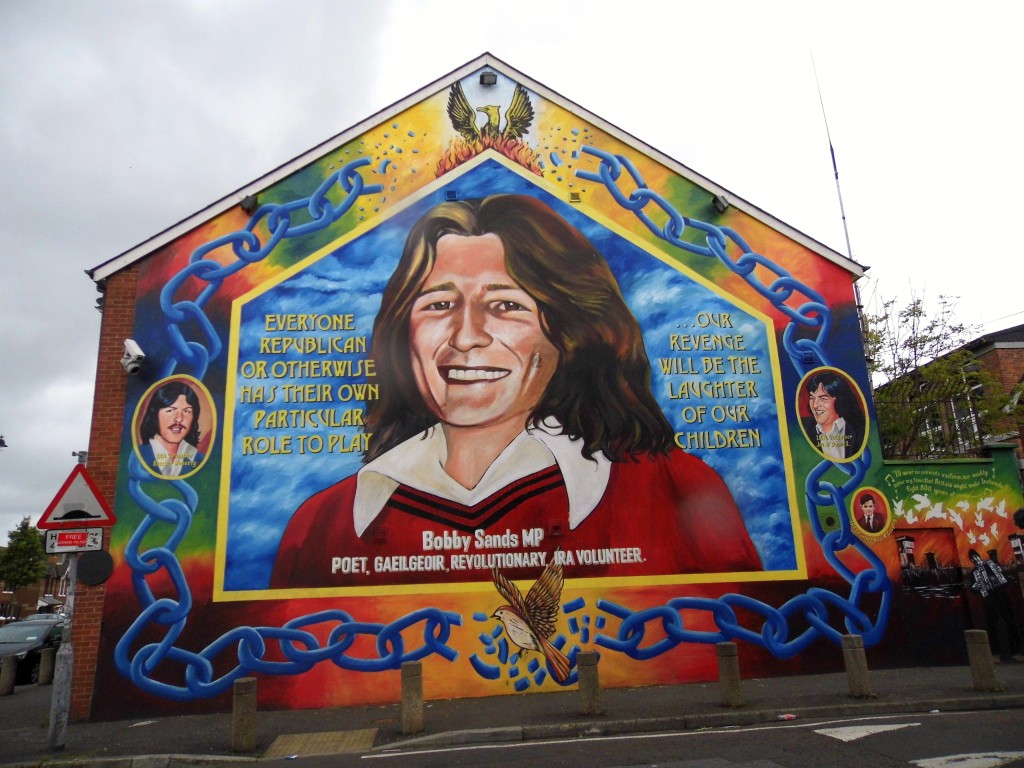 Previous post:
FUS earthquake: Franceschini Decree’s telluric effects Next Post:
How to think critically and learn how to compete